On the Porch with Neverland Garden 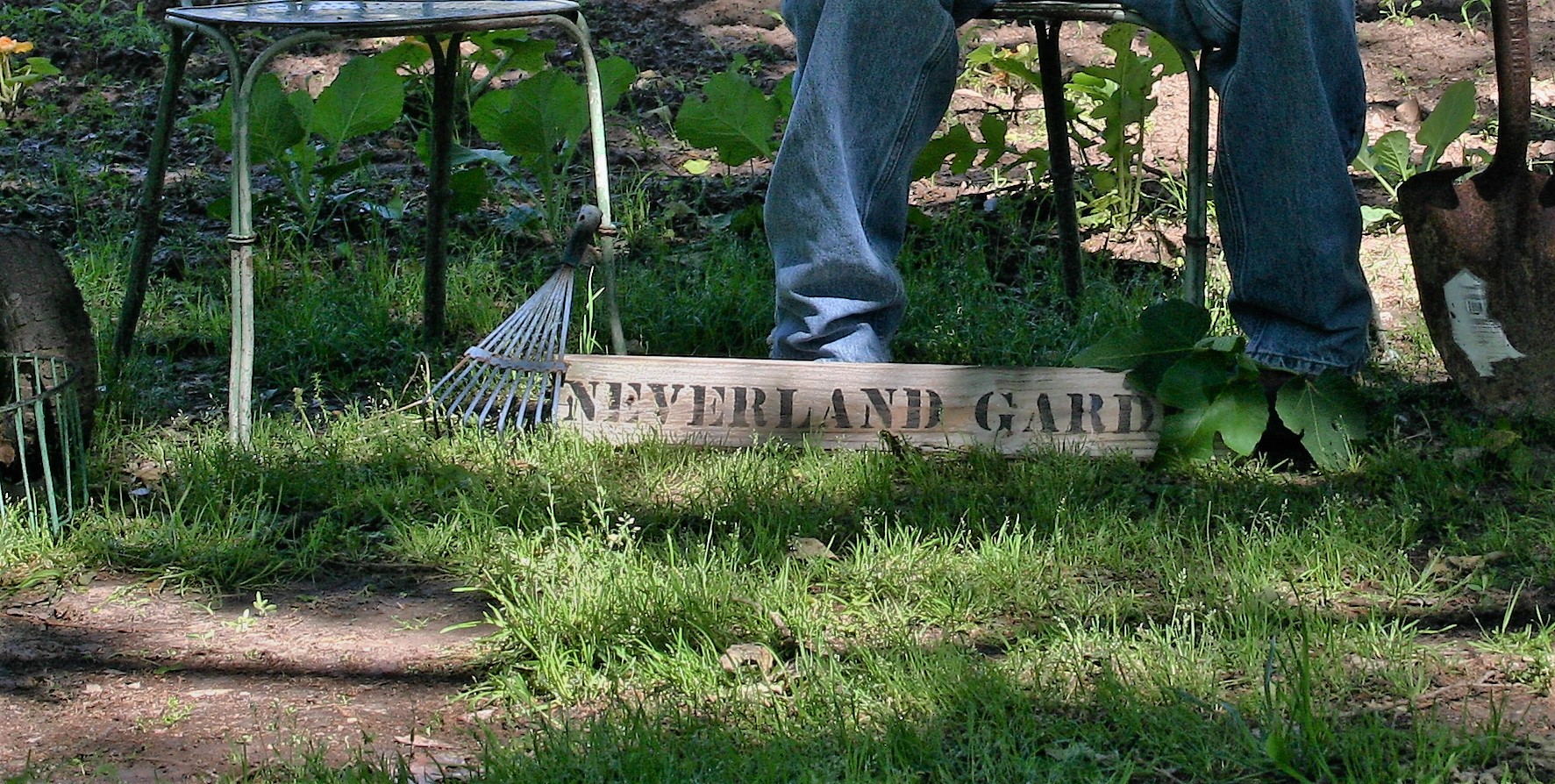 A little girl peers past her uncle’s legs at the overgrown plot of land he’s just bought. She takes in the tall weeds, the twisting vines, the rundown sheds that can barely hold up their own weight, and to her little girl eyes every last bit of it is beautiful. She looks up at her Uncle Cody and whispers, “It’s Neverland!” 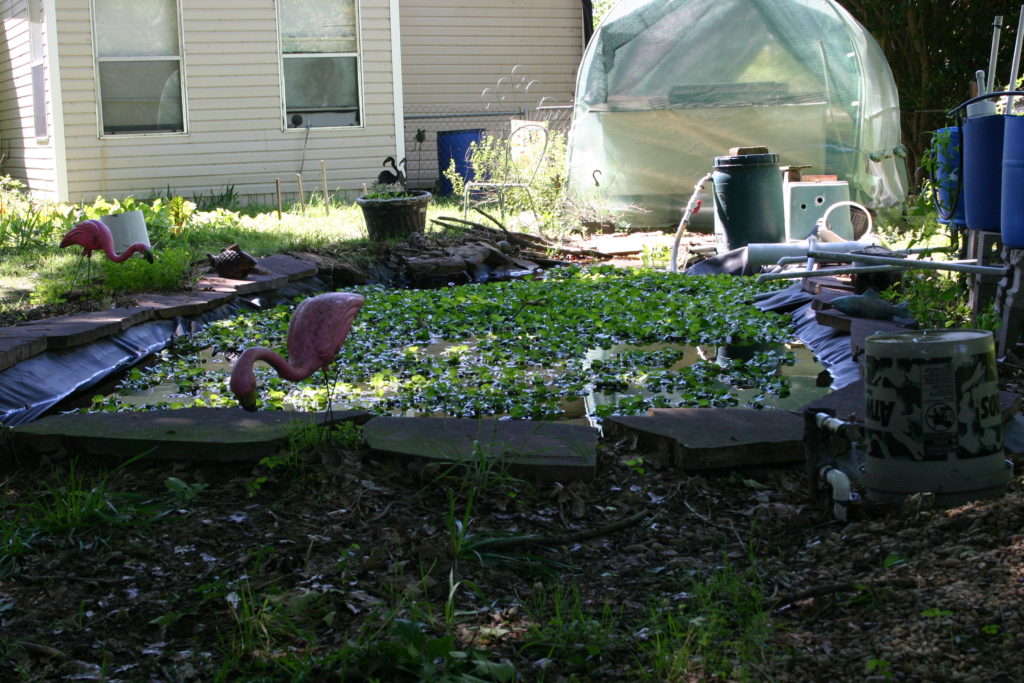 Cody Carter tells me the story of how his little farm, Neverland Garden, was named as he sits on a faded green chair, holding a rusted red shovel. I kneel on one knee a little ways from him as I snap photo after photo. The plot of land sits behind a simple chain link fence. A small greenhouse is in the corner, and a pond that Farmer Carter dug by hand is covered in gently floating lily pads.

I observed the Neverland Garden tent at the Market opening this past weekend. Their table was full of fresh greens, and a young couple conversed and joked with passing customers. I weaved through the booths and colorful tents, tasting different treats and snapping photos, keeping an eye on the subject of my next article all the while. I noted that Cody doesn’t use slick words to sell his produce. He doesn’t push sales or focus on the bottom line. At the Neverland Garden booth it’s all just sharing good food with good people. 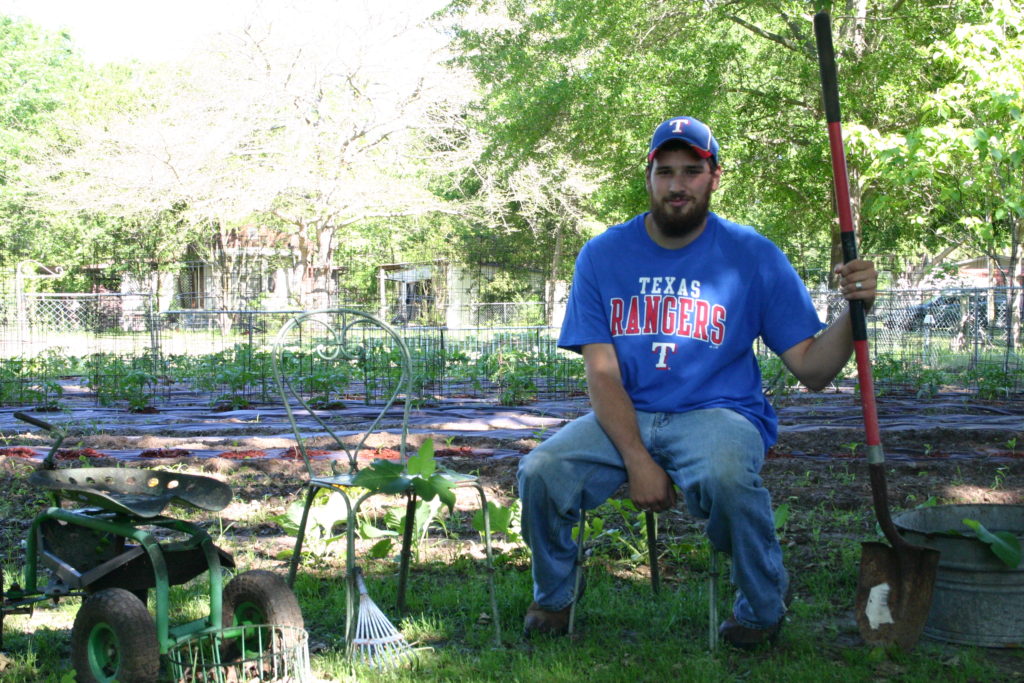 At only twenty-two years old, wearing his favorite baseball team’s shirt, and joking about how serious I look when I set up a photo, Cody strikes me as an old soul in a young man’s body. He certainly has regular interests like video games and comics, but he also has a sense of wisdom about him. A certain stubborn set to his jaw and integrity in his eyes that I seldom see in people today.

Even at this age, Cody already has a farm he can be proud of. It only stretches for about an acre, but in that space he is growing banana peppers, squash, beans, greens, and even figs!

“People always told me I would never be able to do anything very physical,” He says, referring to the disease that took up most of his childhood- Spina Bifida, “But if they tell me I can’t do something…I’m going to prove them wrong.” 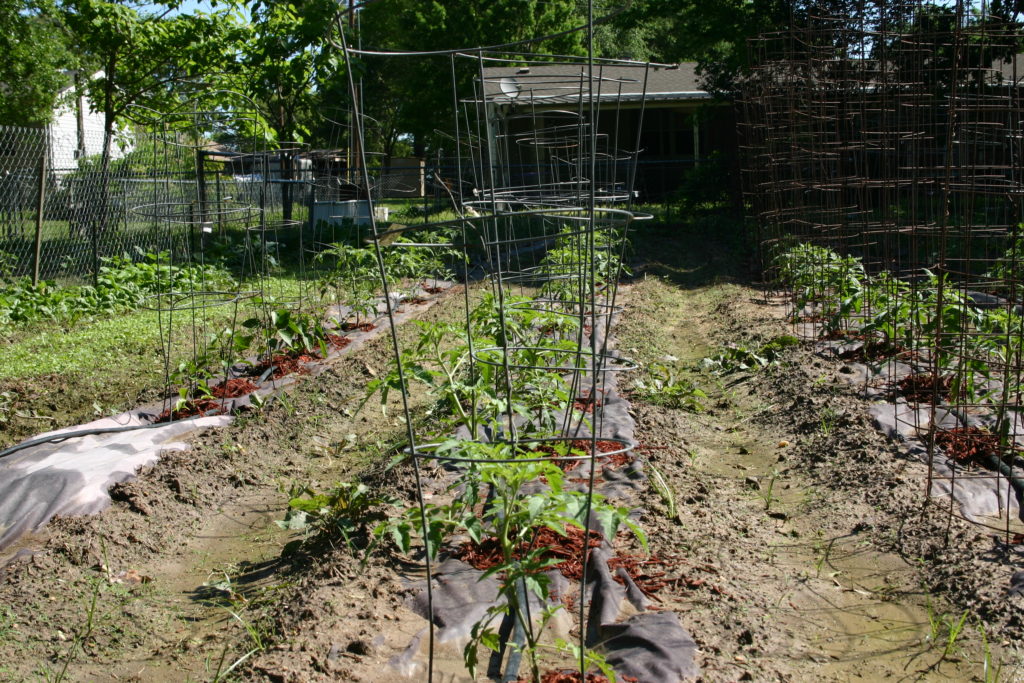 That stubborn streak is exactly what a farmer needs in East Texas.

“When we first got this land,” he says, lifting his baseball cap for a minute to wave away a gnat, “it was just covered in weeds and old buildings. We had to clean it all up before we could start planting.”

“How long did that take?” I ask, looking out over the neat rows of tilled earth and the little structure that supports baby bean stalks, finding it hard to imagine it overgrown and wild.

Cody laughs, “At least a year! It could’ve been two years. It took forever!”

“Well, it was obviously worth it,” I say, and Cody accepts the compliment with a small smile. 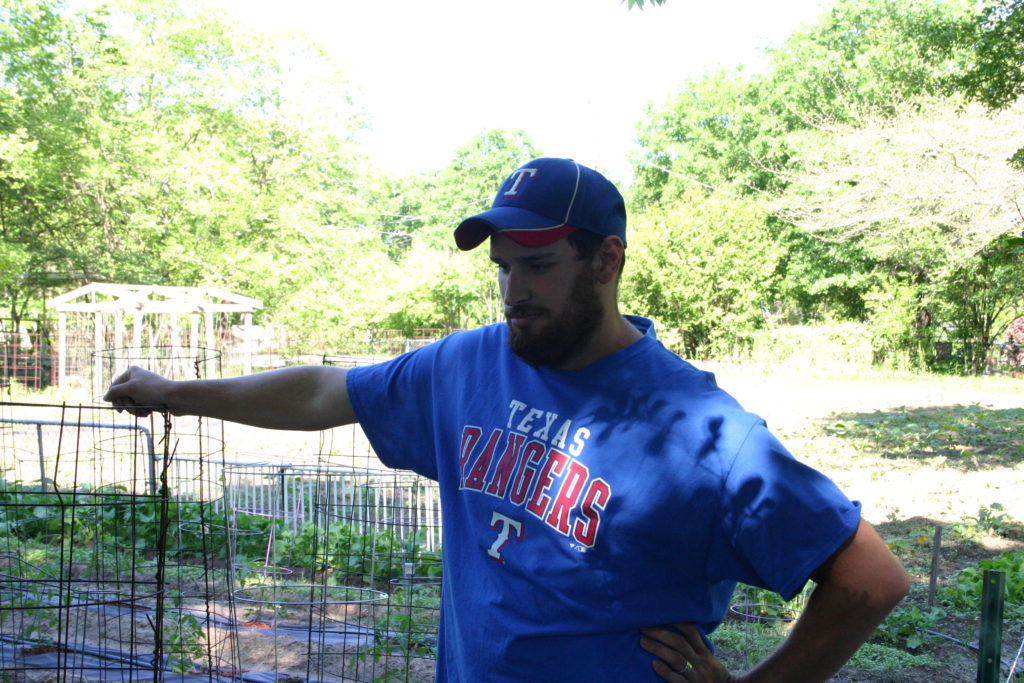 He isn’t very comfortable with the spotlight on him, and he doesn’t like posing as if he’s trying to fake something. I find myself snapping candid shots of a man on his farm, rather than trying to pose him into a typical farmer silhouette.

“How did you get started farming? Are you a first generation farmer?” I ask as i snap a quick photo before he can get self-conscious.

“Oh, no, my family has been farming for a while,” He says, shifting in his work boots, “Back in Kentucky the family had acres and acres of farmland. We grew a lot of corn. I wish we had enough land here to grow corn.”

“Is that your favorite thing to grow?”

“It’s my favorite thing to eat.” He says with a laugh.

Despite their lack of space, Neverland Garden is able to grow enough produce to have an abundance of choices at the Farmers Market. For now they have greens and peppers, and soon they’ll have squash and beans!

Cody works the land himself, drawn to the simple beauty of growing food with your own hands; earning health and happiness through hard work and patience. It’s an impressive mindset for such a young man. 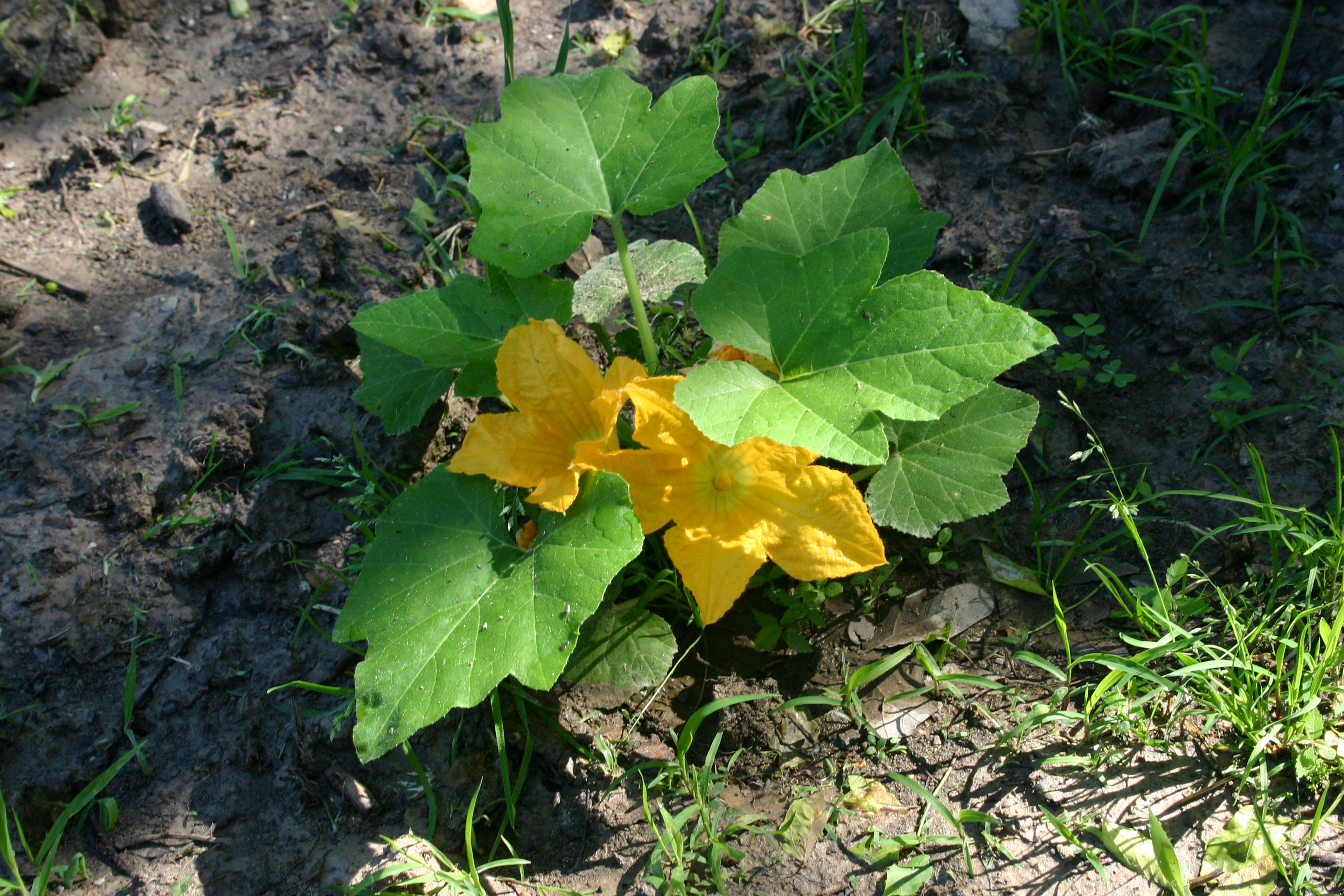 “So what does the money you get from the Farmer’s Market help you with?” I ask.

“Well, my wife and I are trying to get our house fixed up so we can move into it.”

“Oh, how long have you been married?”

He laughs and nods.

His wife, Erica, is very supportive of her farming husband. It’s not always easy, and it doesn’t always pay off, but Erica and Cody make a good team.

As the early afternoon sun begins rising in the sky, I take pity on the man squirming under the weight of my camera lens and let him know our interview is over. He visibly relaxes and talks easily about his plans for more crops, the little house he’s fixing up for his new wife, and his struggles working hard at such a physical task despite the drawbacks of Spina Bifida.

I mentally take notes of it all so i can share it in my article.

You see, each farmer at the Rose City Farmer’s Market is unique and has a story of their own to tell. Here at Neverland Garden we meet a farmer who has overcome physical and financial challenges to grow fresh food the way he wants to; willing to do what it takes to keep providing for his brand new family.

If you stop by Farmer Carter’s booth at the Rose City Farmer’s Market, you will meet two young newlyweds who still understand the value of hard work. When you purchase crisp greens, fresh peppers, and lovely squash, you’re helping them make their first home together; a little home on the edge of Neverland Garden where they can raise children, work the earth, and fall even more in love.

With the interview over, and candid photos snapped, I drive away. I’ll always remember how to get to this magical little farm. Twenty minutes outside of Tyler, take the 553 Exit, then second star to the right, and straight on til morning. 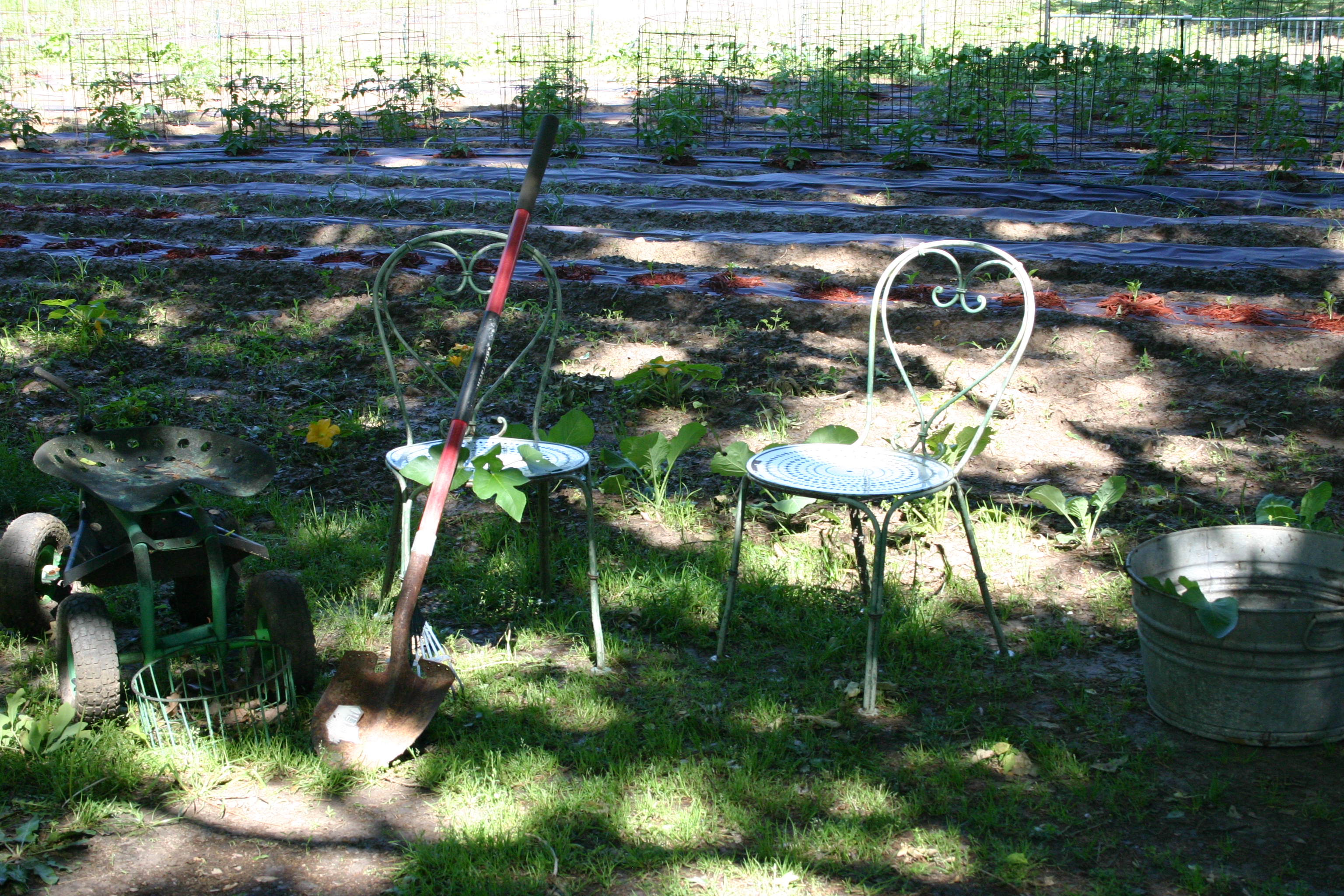